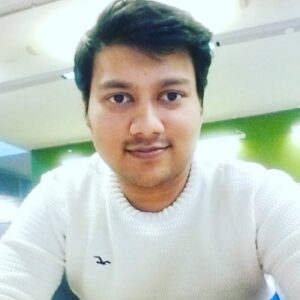 Satyanarayana, who goes by moniker, Satya, was born on May 4 1992 in Karimnagar district, Telangana (then AP), India. Satya spent most of his life before college in Hyderabad, popularly known as ‘city of pearls’, Telangana,  India. He did his schooling at Neo Royal High School, then later moved to Chennai, for undergraduation at  Indian Institute of Technology, Madras.  His interests have varied over the years. Through his high school, he was into computer science, but later his interests drifted towards wireless communication.

Satya  received the Bachelor’s degree in electrical engineering from the Indian Institute of Technology Madras, Chennai, India, in 2014,  and the Ph.D. degree in wireless communications from the University of Southampton, UK, in liaison with InterDigital, Europe, London, in 2019. During July 2014–August 2015, he worked as a Research Assistant with the Indian Institute of Science, Bangalore.  Satya is currently a wireless research engineer at InterDigital under Innovation Labs.  During his Ph.D, Satya had co-authored a little over a dozen papers and is also the co-inventor of about half-a-dozen patent applications with focus on 5G NR.